Post-Election: Thoughts and Photos from a Beto Rally

On Tuesday, October 31, just 6 days before the election, Texas Senatorial Candidate Beto O’Rourke, held a pop-in event at Mueller Lake Park in Austin, TX.  The rally was fairly last-minute, with the announcement for the event sent out just a few hours before it was scheduled to begin. Because of this, attendance was lower than his other rallies; however, there was certainly no lack of enthusiasm from his diverse group of supporters. The crowd, decked out in Beto gear, was quick to erupt in applause and cheers as soon as O’Rourke finished his speech.  Following that, many stuck around, vying to get a photo or even just a close-up glimpse of the Texas Democrat who shocked the country in his race against incumbent, Ted Cruz. Despite his loss, O’Rourke’s race was nothing short of significant; by coming within less than 3 percentage points of Cruz, the nation is certainly curious about what his future may hold. 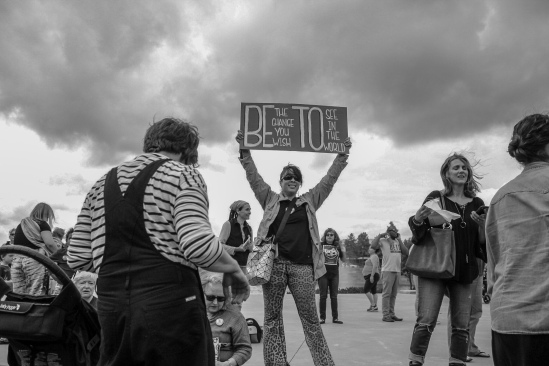 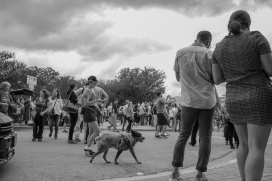 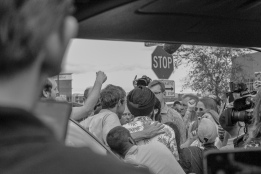 Megan Choy is a second year undergraduate student pursuing a double major in government and RTF (radio-television-film) and a minor in journalism. She is originally from Nashville, TN, but grew up mostly in Dallas. She spends a lot of her time practicing and competing with the UT climbing team, however when she is not climbing, Megan enjoys reading, writing, and talking about music. View all posts by Megan Choy