The Texas Orator is a multi-partisan, peer-reviewed political publication that is part of the Associated Collegiate Press. We value thorough analysis in our articles and strive to protect the ideals of free speech and unhindered access to information on campus and nationwide. We seek to keep the student body informed of the implications of ever-changing political climates, both domestically and abroad, from a range of voices and perspectives.

We have been indexed as scholarly literature by the UT Libraries and by UT Undergraduate Studies.

We are sponsored by Ramsey’s Restaurant of Victoria, Texas, and the Thomas Jefferson Center for Core Texts & Ideas. We are also a member of UT’s Civic Engagement Alliance.

Brooke Reaves is the Editor-in-Chief and co-founder of The Texas Orator. She is a fourth-year majoring in Business Honors, Plan II Honors, and Economics Honors at UT Austin. Brooke looks forward to growing The Texas Orator’s community and increasing the free exchange of ideas on campus. Outside of her work with The Orator, she tutors with PlanTutoring, writes fiction, makes glass art, learns French and Hindi, studies economic development, and reads voraciously. She is also involved with Design for America, the Social Entrepreneurship Learning Lab (SELL), and BreadwinnHER female speaker series. Twitter/Instagram: @brookelinreaves

Wes Dodson is a Managing Editor for The Texas Orator pursuing a Plan II and Marketing double-major. A perennial holder of unpopular opinions, Wes approaches national politics from the classical liberal position, which he commonly describes as “small L” libertarianism. After arriving at UT, Wes became increasingly aware of and interested in the role of UT Student Government and has written analyses of the economics of SG and how it is used as a national politics dog whistle. He hopes to co-helm The Texas Orator through the rough waters of student journalism and expand the awareness of student opinions.

Brendon Sparkman is a co-founder of The Texas Orator and served as a managing editor from January 2017 to August 2019. He is currently a senior pursuing a B.A. in English and a minor in Communications and aspires toward a career in social media management.

Archit Oswal is a Managing Editor and a Foreign Affairs Editor for The Orator, and is in his second year as an International Business and Plan II major at the University of Texas at Austin. A Houston native, his interests include preparing three different kinds of salad dressings (typically vinaigrettes), drawing with black ink, and Latin Dance. He is currently studying German and Russian in the hopes of one day becoming a diplomat.

Courtney Thomas, a Managing Editor and our Arts Editor, is a Theatre and Dance and Humanities student working towards an Art History Minor and certificates in Museum Studies and Core Texts & Ideas. She is interested in the intersection of art, storytelling and politics.

Scarlett Smith, an Editor-at-Large, is a freshman pursuing a Business Honors major and a minor in Spanish. She is fascinated by both domestic and foreign policy and hopes to someday influence global policy. In her free time, she enjoys running, reading anything she can get her hands on, and binge-watching Criminal Minds. 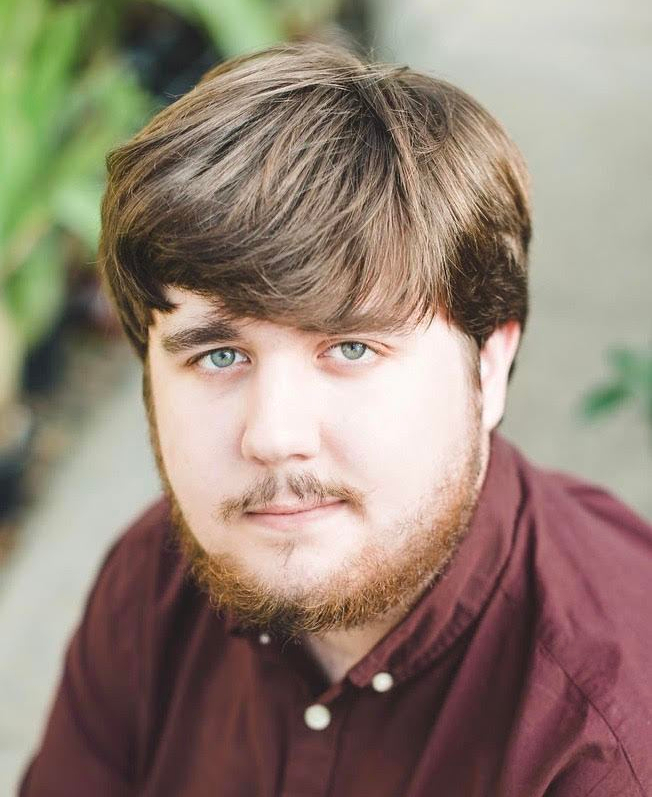 Benjamin Brown, an Editor-at-Large, is a second-year Government and History major pursuing a certificate in UT’s Elements of Computing program. Hailing from the modest beach-side community of Port Aransas, Texas, he has long been enamored with international affairs, American culture, and sociopolitical history. Much of his writing is motivated by a desire to frame issues in a historical or philosophical context. Outside of The Texas Orator, Ben spends his time reading, doing trivia, volunteering at the LBJ Library, and studying Farsi.

Olivia Conway, a Managing Editor and Editor-at-Large, is a second-year biochemistry and Plan II major from College Station, Texas. She is passionate about scientific research, but even more so about the ethical implications of modern discoveries. She loves reading, writing, and searching for the obscure and unnoticed in everyday life. She hopes to use her background in science and philosophy to offer a new perspective on the events and policies that shape our lives.

Ethan Masucol is a third-year student majoring in Plan II, International Relations & Global Studies, and Chinese. He is most interested in foreign affairs with a particular fascination with China. He appreciates how The Texas Orator provides a forum where people with opinions across every spectrum can have a voice. Outside of school, you can find him swimming, rewatching his favorite movies, or drinking boba.

Ramiro De Los Santos, our Culture Editor, is a Journalism and European Thought double-major pursuing a certificate in Core Texts & Ideas within the Jefferson Scholars program. His main academic interests include foreign affairs, domestic policy, and philosophy, with a particular interest in European political developments and modern intellectual history. In his free time, he is probably meticulously crafting another Spotify playlist, trying to find the best possible Mexican food in his vicinity, or watching reruns of Twin Peaks. 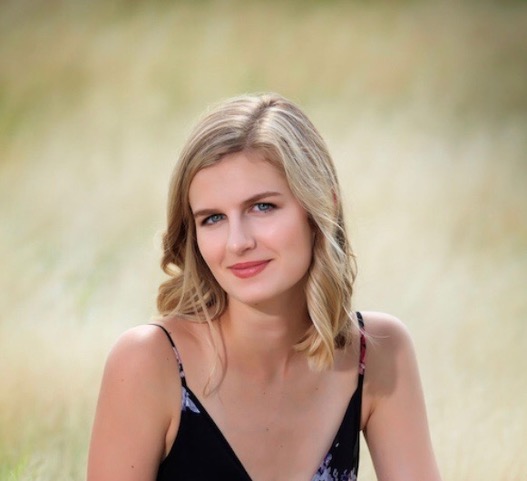 Sydney Riordan, our Domestic Affairs Editor, is a third-year Plan II and Biomedical Engineering dual-major with a focus on cellular and biomolecular engineering. Her political interests include free speech, individual liberties, and the right to life. In her free time, she enjoys cooking a new recipe, going for a run, and playing with her labradoodle. She hopes to use her background in technology and medicine to bring a new perspective to the discussion on controversial topics.

Tarek Arouse is a Psychology and History Major on the Pre-Law track. His main interests are American politics, Greco-Roman History, Philosophy, and Law. In his free time, he enjoys running, reading, and podcasting!

Anandi Barker is a freshman student at the University of Texas at Austin where she is pursuing a major in government. She is a member of the Jefferson Scholar’s Program and the Liberal Arts Honors College, for which she spends most of her time reading and writing essays.  Anandi’s interests revolve around the political theory of the American Revolution and its evolution into today’s societal values.  When she is not involved in classwork, Anandi can be found in a little nook at the Perry-Castañeda Library with a cup of coffee and a book.

Adrienne Brown is a second year Government and Anthropology major from Southlake, Texas. She enjoys lively political discussions, particularly surrounding civic engagement, campaigning, and activism. Outside of the Texas Orator, she interns with the City of Austin in communications, is involved with Alpha Phi Omega, and watches media that satirizes political life.

Caroline Cabe is a second-year Rhetoric and Writing major pursuing a Creative Writing certificate with a specialization in Playwriting, originally from Fort Worth, Texas. Her interests include human rights, theater, film, performance art, political satire, and social commentary. Outside of The Orator, she can be seen volunteering with her Gamma Rho Lambda siblings, writing or reading a new play, participating in a protest, or petting other people’s dogs.

Alejandro Castaneda is a second-year Government student from Pflugerville, Texas, pursuing a certificate in Security Studies through the Clements Center. His interests include immigration, court reform, elections, and world history. He plans to attend law school after graduating and pursue civil rights law. In his spare time, he is listening to podcasts, reading books, or shopping.

Matthew Cox is a Government and Economics major at the University of Texas. He writes for The Texas Orator on improving social and political systems. In his spare time, Matthew runs the Longhorn Update, a “your week ahead”-style podcast for students on campus, along with a litany of other projects. He is an ardent fan of innovation, obsessed with city design, and wishes to pursue a career that enables him to improve the lives of those around him.

Kyle Flick is a second-year student, pursuing a major in Business Honors and a certificate in Core Texts and Ideas. He enjoys learning and writing about literature, law, and foreign policy. In his spare time, Kyle enjoys hiking, watching the Houston Rockets, and playing games of foosball.

Ben Gitzinger is a second-year Mechanical Engineering major from Dallas, Texas, pursuing a certificate in Core Texts and Ideas through the Jefferson Scholars Program. He plans to attend law school after getting his degree to pursue patent law. In his free time, he enjoys running, playing ultimate frisbee, and playing and writing music.

Landry Harmon is a junior double-majoring in International Business, with a concentration in China and Chinese, as well as Art History. He is the President of the International Business Student Association. He also works for Renegade University and the Unregistered Podcast in a marketing role. His interests include film, authoritarian regimes, propaganda, art, anarchism, world history, and culture. In his free time, he is watching art house films, listening to too many podcasts, practicing his photography, or reading books.

Riya Kale is a first year government major and pre-law at UT Austin. She from Houston, Texas, where she was editor in chief of her high school’s newspaper. She joined The Texas Orator to continue to foster her love of analytical writing. Outside of writing, she likes to spend time with her sorority sisters from Alpha Phi and continuing her passion from running that began with high school track.

Emma Stambaugh is a second year Management major, minoring in Spanish at The University of Texas at Austin. She is passionate about creating social and political changes in the immigration system. Her firsthand experiences growing up in Brownsville, Texas located on the U.S./Mexico Border have been her fundamental motivation for pursuing future studies at law school. She enjoys reading, traveling, and Forumla 1 racing. She hopes her writing will illuminate issues and ideas that are overlooked in everyday news and conversations.

Jacob Kunz is an English third-year from New Braunfels. Stemming from a background in writing and broadcast journalism, Jacob took up a position as a columnist for UT’s campus newspaper, The Daily Texan. He is now the resident Head of Copy for The Texas Orator. Outside of his work with The Orator, he is an avid fan of theatre, film, and proper grammar. He hopes to see the publication’s reception expand and is eager to continue working with such a passionate team.

Samuel LeBus is a second-year Mechanical Engineering major from Houston, Texas, pursuing a certificate in Core Texts and Ideas through the Jefferson Scholars Program. He has lived in a myriad of places since moving to Austin, including New Orleans, Louisiana, and Calgary, Canada. In his free time, he enjoys reading, hanging with friends, and going to the gym. Samuel is ecstatic to join The Texas Orator as a copy editor and looks forward to seeing the publication flourish. 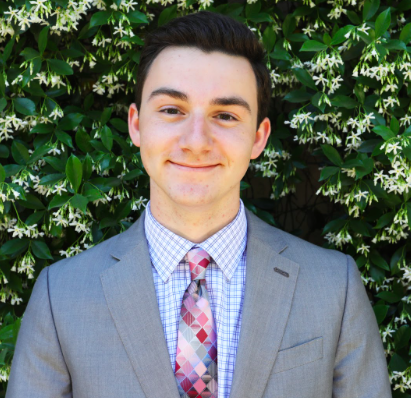 James Mismash is a third-year student double majoring in Government and History in the Liberal Arts Honors program at UT Austin. He has been selected multiple prestigious internships in the government and civic engagement area and is passionate about learning how our nation’s and world’s pasts can be used to shape how our government acts in the future. He is a 2019 Frank Denius Normandy scholar, a 2017 Terry Scholar, and a member of a few other organizations. He was a podcaster for The Daily Texan before joining The Texas Orator as a copyeditor. James hopes to attend law school following his undergraduate studies with a focus on constitutional or government law.